I was thinking I'd be half-way to being blind by now from the fairly small texture bits I plan to carve for this current print.  But I was jumping ahead of myself and trying to put on the coat before the wool was spun or something like that.  I forgot about having to block in the base colours first.

For this week then, I've added some partial texture to the intersecting band and blocked in the background for two sections of hillside. 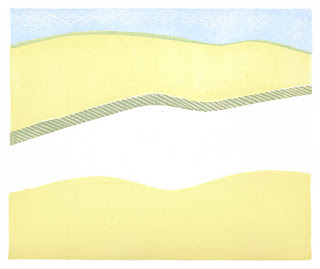 The texture carving comes next, providing I can subdue the head cold I've been hit with today.

Well, it's been two weeks since we got back from our travels and, although I've settled back into the routine of work and responsibility, it's been a slow settling.  I can't shake the feeling that I'm doing it against my will.  In Mammoth Lakes, in a campbround above Lake George, we revisited with a friend we made there 24 years ago. We sat around the fire, gratefull for its warmth and for the crisp air and the silence of the night, and we talked about how effortless it is, when we're alone in (and with) nature, to let our inner selves expand.  How automatically we attune to the magnitude around us so that our senses become much more acute: we hear the leaves move with the smallest breeze and we hear the sound of a stream from a distance.  How our souls stretch out and breathe again after being confined.

In the world of office towers, surrounded by the noise of lawnmowers and traffic and by hundreds of other people, we tend pull in those sensors and contract.  It's a social self-preservation thing I guess.  I once read how in Japan, a society with very little privacy anywhere, where, for centuries, the walls in homes were made of rice paper, people learned to function by drawing into themselves.  By creating a little shell of private space around themselves and focusing within.  Maybe we need to do that just to stay sane.  Oddly, though I once thrived on the buzz of the city, I'm realizing I now have a preference for more remote, less populated places.  Places I can stretch out into.

Anyway, the divide between our holiday and regular life gets greater with each day. The memories from the trip are giving way to the small rituals of daily life.  I'm trying to keep those memories alive a little longer, to cling to that sense of expansion I felt when we were driving around, absorbing the vast and vacant natural spaces of America.  To do that, I'm taking the inspiration for my next print from the trip.  Ironically, it's not a place we actually stopped in, nor do I have a photo for reference.  All I have is a memory and a sketch I drew in a few seconds while we were driving and I looked out the window and saw a scene that resonated. 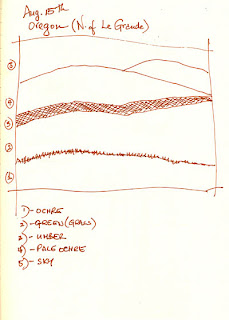 We were near La Grande, Oregon and were passing a stretch of rolling slopes, green and gold, seemingly cut by a band of dark I don't what.  Gravel?  Charcoal?  Whatever it was, the mixture of green, gold, and taupe was unusual and lovely and short-lasting.  I guess I could have asked Roland to pull over but I didn't.  Even on the road there were deadlines it seems.  So I drew the sketch and made notes on the colours and promised myself it would be a print.

I drew a couple of colour sketches and played with patterns, 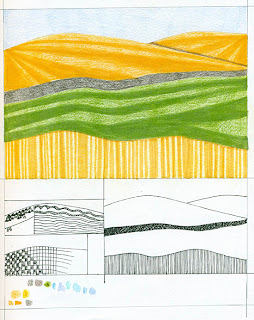 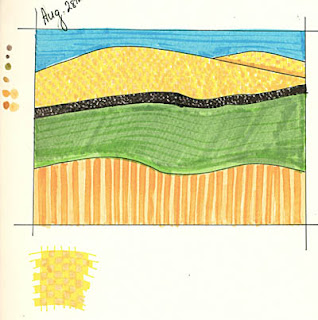 and today I printed the first colours.  I decided to begin with a cheat for the sky and for the intersecting darker band and mounted two pieces of very thin foam board into the appropriate places on the block with double-sided tape (the block is sideways in the picture just because that's the way I took the photo): 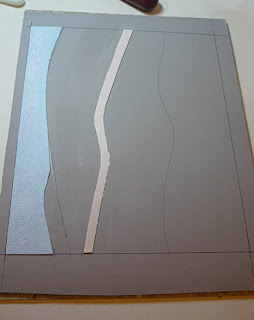 I also wanted to incorporate some texture into the sky but didn't want this texture to be overly pronounced.  I was considering a couple of options when I remembered a couple of pattern-tracing wheels I still have from my sewing days. 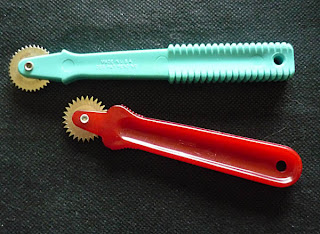 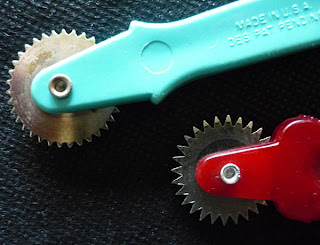 The teeth, rolled across the foam board, gave me exactly the texture I wanted. 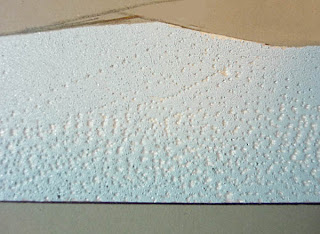 The above is a close up of the inked up foam strip for the sky.  Here is how it turned out in the actual print: 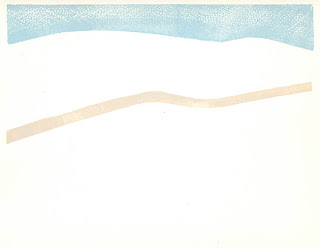 I'm very happy with the result.  Now of course, the real work begins and I have to start carving.

But no road rage.  Not even in Salt Lake City where we ended up in the mayhem of rush hour one hot afternoon.  Actually, in Salt Lake it was more like road fear.  OMG:  me driving, for the second time only, a van with the steering wheel on the right hand side of the vehicle (and therefore opposite to what I’m used to) dodging drivers bludgeoning their way into my lane from one side and airborne hunks of re-treads from the other. Never again will I doubt someone who comments on how “polite” Vancouver drivers are.  Now I know. They (we) really really are.  And, if I never find myself in Salt Lake City again, fine by me.

Still, we made it back from our road trip safely and much richer in experience.  The van, affectionately nicknamed "Bluto" (short for blue toad), was everything we envisioned when we started planning this trip last September.  Through ten nights and eleven days, six states, and roughly 6,000 kilometers (3,700 miles), most of those miles on the back roads, it was a great way to travel.  And, no hassle at all setting up (and taking down) the bed Roland built, complete with storage underneath. 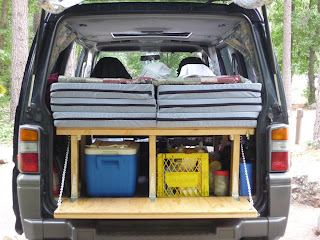 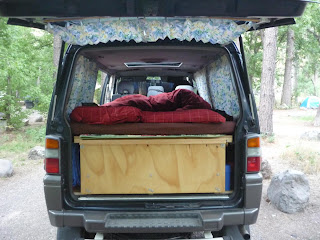 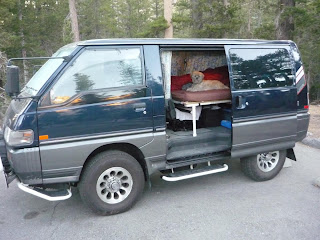 Now we’re back sorting through the pictures we took and having a hard time believing we were ever away.  Funny how that goes.  But there are a few things I learned and might even remember as the time wears on:

Beyond the statistics though, it’s impossible to describe the places we visited and what we found there in a blog post so I won’t.  It may be a cliché that pictures are worth a thousand words but it is the truth isn’t it, so here's a sampling: 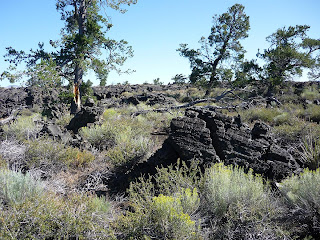 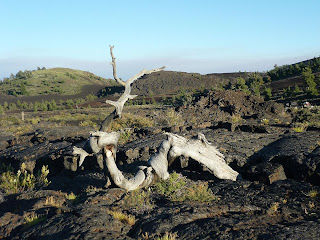 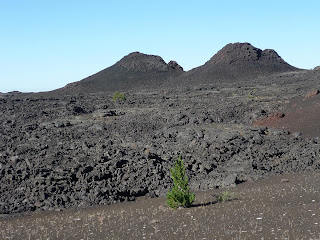 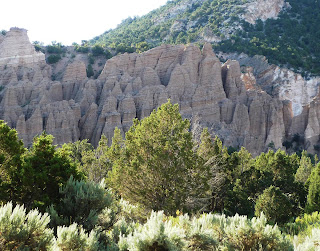 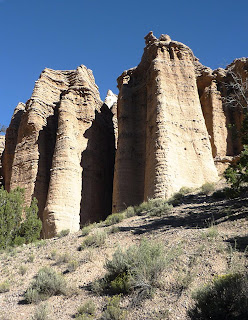 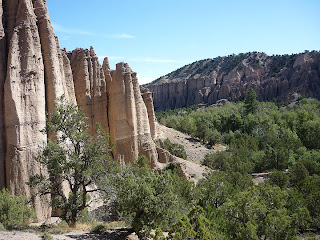 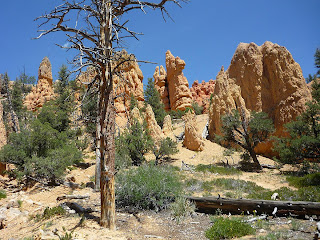 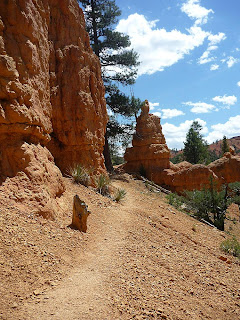 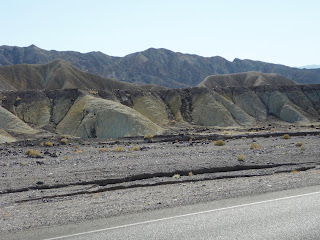 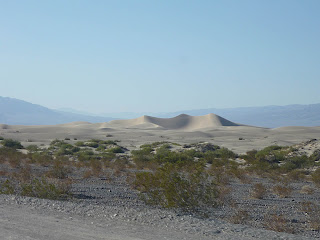 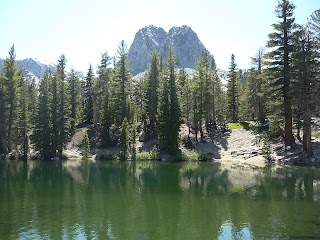 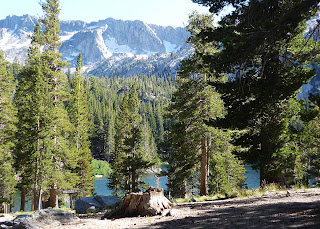 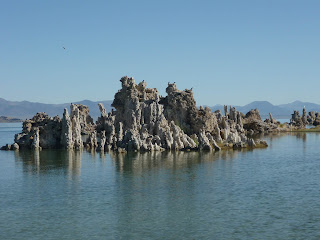 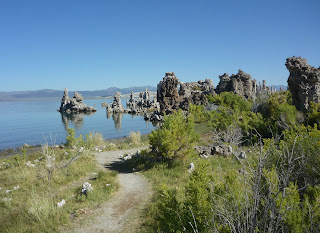 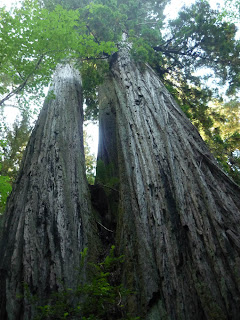 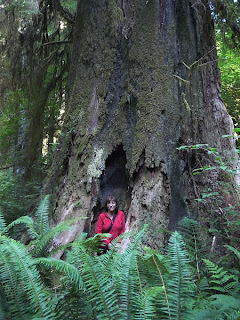 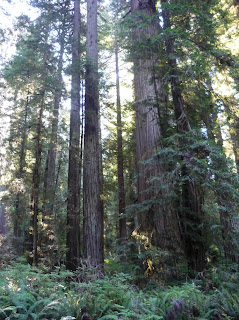 As to artwork...well...before we left I’d resolved to sketch something at each of our camping sites but  it didn’t always work out.  Getting to the campsite too late, trying to get on the road early on most mornings, that sort of stuff.  I managed some sketches, some of them as we were driving past the thing I was sketching, but not nearly as many as I would have liked.  But even with less drawing time than I wanted I came back with a head full of ideas for prints.  I’ve started on the first one so I hope to have something on that by next week.

Slowly trying to get back into the swing of things...